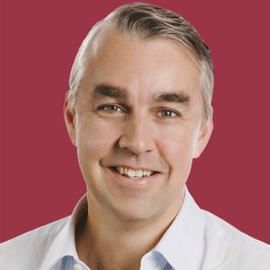 Stephen Thomas joined AIA as Group Head, Corporate Communications in July 2012. AIA is one of the world’s largest life insurance companies, and is headquartered and listed in Hong Kong. It maintains operations in 17 markets around the Asia-Pacific region. Stephen has responsibility for helping to set AIA Group’s Communications strategy and leading its program for engagement with external and internal stakeholders. Stephen leads a team of specialists responsible for external and internal communications at Group level, and helps to convey a focused, compelling narrative around AIA’s key reputation drivers, including — performance, strategy, leadership and major growth initiatives.

Stephen also serves as chief media liaison and spokesperson for the Company. His role encompasses working closely with the Group Executive Committee members to provide advice on anything related to their external or internal communications needs. Stephen also provides guidance, advice and support to all of the AIA markets in support of their proactive and reactive communications and issues management needs. He also plays a critical role in the area of issues and crisis management and ensuring that the reputation of the Company is well managed and guarded against negative news with the potential to cause damage to AIA’s business and reputational interests.

Prior to joining AIA, Stephen spent seven years as Head of Corporate Affairs for Citigroup (“Citi”) in China, based in Shanghai. Citi has the largest on-the-ground presence of any U.S. bank in China. Stephen was a Managing Director at Citi, and was the spokesperson for Citi in China, and a member of the senior management team responsible for the growth and protection of the company’s reputation in China. During his tenure with Citi, Stephen created a holistic communications strategy for the company in China. He directed and coordinated Citi’s engagement with a range of stakeholders, including employees, media, clients and community groups. Stephen’s specific responsibilities included media relations, executive communications, sponsorships, employee communications, as well as helping to oversee Citi’s Citizenship program in China.  Stephen sat on Citi China’s Country Risk Committee and reported to the Citibank (China) Co. Ltd. Board on matters relating to reputation risk.

Prior to his role at Citi, Stephen worked at Burson-Marsteller. Stephen worked in the firm’s Melbourne and Hong Kong offices. In Hong Kong, where he was based for more than four years, Stephen was a Director in the firm’s Corporate/Financial practice. Stephen was involved in a range of programs on behalf of clients around Asia-Pacific. These programs spanned corporate positioning, issues management, financial communications, internal communications and corporate branding for a diverse range of organizations, including Coca-Cola, Lucent Technologies, the Government of the Philippines, VISA, and SABMiller.

Stephen holds a Bachelor’s degree in Commerce from the University of Melbourne, and a Post Graduate Diploma in Management from Melbourne Business School.  He is married with two children.