This blog is provided by the IPR Measurement Commission in celebration of its 25th Anniversary and Measurement Month.

In 1997, The Institute for Public Relations (IPR) Measurement Commission was formed by a small group of determined disciples of communications research. The group, shepherded by Jack Felton, the CEO of IPR at that time, assembled within an atmosphere in which illiteracy, faithlessness, and fear towards public relations research and evaluation prevailed.

Years earlier, founding Commission member Jim Grunig, Ph.D., offered an analogy which was as true then as it was in 1997 (and, to a degree, even today).  Dr. Grunig said,

If Jim was the lonely fundamentalist in 1983, his congregation of missionaries was assembled when the Measurement Commission became the IPR’s first “Center of Excellence”.

Our earliest meetings – even before the Commission was formalized – were more a collection of shared experiences among “the measurati” than the evangelical movement it soon became.  We organized and began to formalize the framework for the Commission as a “real organization within an organization.”

Bylaws were established which included the representation of “four pillars”: educators, corporate communicators, agency communicators, and research providers, all of whom shared the mission of elevating the state of communications research in public relations.  At the time, the currency of membership was thought leadership in the form of white papers from which revolutionary content emerged; much of it remains relevant today. The first “anti-AVE” paper, the first marketing mix model to incorporate public relations data, fundamental texts on setting PR objectives, and data-informed strategy development, for example. Early contributors include some of the greatest pioneers in the history of public relations research and evaluation including Katie Delahaye Paine from the Delahaye Group, Bruce Jeffries-Fox, PhD, from ATT, Don Wright, PhD from The University of South Alabama, and Walter Lindemann, PhD from Ketchum (all affiliations reflect their employers in 1997).

Still, it wasn’t always easy: A 2001 Public Relations Society of America online survey of 4,200 members found press clippings to be the most common method of measurement reported, with 82% of all PR practitioners reliant on the method. The most alarming result revealed that ‘gut feel/intuition’ was cited by 50 percent of practitioners as the second most frequently used method for planning and measuring results from 1999-2001. Media content analysis was used by around one-third, with many citing Advertising Value Equivalents as a key metric. (Jim Macnamara, 2002).

While rich in its history, the Commission continues to evolve and elevate as it has since 1997.  The educators, leaders, innovators, and thought leaders that comprise the membership continue to be leaders in the profession. The assembly continues to publish and promote short and long-form essays on new and established approaches to capturing, analyzing, and interpreting communications data and insights.  The Commission’s longer-form papers are called “Signature Studies” and can be found here. Its most recent signature paper, The Communicator’s Guide To Research, Analysis and Evaluation, demonstrates the group’s continued commitment to precedent as well as the vitality of the Commission’s momentum towards the future. It’s among the most frequently downloaded publications in the history of the Institute itself and has been twice translated from its original English. In addition to “exploring the science between the art,” the paper reflects a continued spirit of collaboration and innovation as evidenced by its 14 contributors. In celebrating this 25th Anniversary milestone, one must recognize the members who were there at the beginning and who remain active as important voices for our profession. Katie Paine and Don Wright, Ph.D., were original members and served as Commission chairs. Nine members have served continuously for more than ten years. It’s also important to reflect on members who are no longer with us.  Founding members and important contributors include Jack Felton, Walter Lindenmann, Ph.D., and Don Bartholomew (if I’ve forgotten anyone, please excuse the omission).

While 25 years may seem like a long time to many of those reading this essay, you’re right. It is! But the next 25 will be just as exciting! 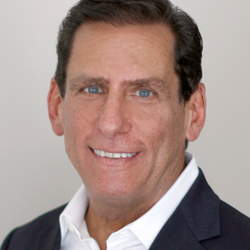 Mark Weiner is the Chief Insights Officer at PublicRelay, the reputation analytics and advisory firm. He sits on the Board of Trusties of the Institute. He, too, is a founding member of the Commission and is the author of PR Technology, Data and Insights published in 2021 by Kogan Page (with a forward by IPR CEO Tina McCorkindale, Ph.D.)  Use the 20% IPR discount code, “Kogan Page 20” to obtain your copy.