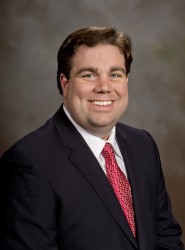 Public relations practitioners have long known saying “I’m sorry” in a crisis causes negative collateral consequences.  These consequences frequently are lawsuits that use organizational statements of apology, empathy, sympathy, and remorse as evidence of wrongdoing.  Lawyers routinely censor what practitioners say for fear of providing legal fodder for potential plaintiffs.  This frustrates practitioners and leaves them wondering “what is the benefit of winning in a court of law but losing in the court of public opinion?”

Knowing the contours of American evidence law can help practitioners fashion a legally defensible crisis strategy that includes apology, sympathy, empathy, and remorse.  Having the ability to write these PR responses and knowing the potential legal consequences is a huge benefit to public relations counsel and their organizations.  Studies show that frequently the public, especially in the United States, expects organizations to own fault in a crisis situation.  In fact, litigation studies show that organizations that admit to wrongdoing actually have fewer lawsuits filed against them post-crisis.  However, a good lawyer advises his or her client to be risk adverse.  In the case of a crisis a lawyer advising a client to admit fault publically to gain public support is not providing sound legal representation.  Likewise, the PR practitioner who tells his or her client to ignore the public is probably committing public relations malpractice.

The rules of evidence in the United States operate at two levels—federal and state.  The Federal Rules of Evidence created in 1975 are extremely important because they govern all evidentiary issues in federal court and are the model used in 38 state’s rules of evidence.  Under the Federal Rules of Evidence Rule 401 any evidence that has probative value, in other words is relevant, is admitted into evidence unless that evidence is prejudicial.  The Federal Rules of Evidence Rule 801 disallows hearsay, out of court statements, from being admitted into evidence.  However, there are exceptions to the hearsay rule.   Under Federal Rule 801(d)(2) statements made by a party opponent, i.e. the person or organization being sued, can be admitted into evidence because the statement is not considered hearsay.  This means that if a representative of an organization makes a statement that is incriminating that statement can be brought into evidence even if the speaker does not testify.  This has a huge impact on public relations because it means press releases, social media postings, statements at press conferences, and any communications with media can potentially be admitted at trial as evidence of legal fault.

Given the complex nature of evidence rules it is important for practitioners to know how their work may be used in a courtroom.  In light of these evidence rules, PR practitioners should ask themselves four questions when crafting communications for potential litigation.

Knowing evidence laws provides a new opportunity for PR practitioners to communicate with organizations on how best to craft crisis responses.  It also provides practitioners with valuable information that can be used when discussing crisis response strategies with organizations and their legal counsel.  Perhaps most importantly, knowing the rules of evidence in American courts allows practitioners to fully understand the implications of their crisis response strategies.  In examining current federal and state laws concerning evidence, it seems that the legal status of mortification strategies is changing and becoming more protected.  This presents new opportunities for practitioners, legal counsel, and crisis communications strategy.

Cayce Myers, Ph.D., LL.M., J.D. is the legal research editor for the Institute for Public Relations.  He is an assistant professor at Virginia Tech’s department of communication where he teaches public relations.

One thought on “Knowing When It’s Legally Safe to Say “I’m Sorry”: The Legal Effects of Mortification Strategy”