Lessons Earned: A Moment at a Funeral Taught Me Everything About PR

In partnership with PRNEWS, “Lessons Earned” is a series featuring IPR Trustees and affiliates discussing a hard-fought lesson or triumph that helped to mold or change their career. Timed for Pride Month, this latest edition features lessons assistant professor Joseph Czabovsky of the University of North Carolina learned about PR during a funeral.

It was one of the most challenging days of my life. I was attending a funeral for my mother-in-law, who passed far too young, in her 50s. I was distraught for my partner, the most wonderful man I know. He’d lost perhaps the most loving person in his life.

For years, I was welcomed into his family. National discourse might say this was surprising. We’re a gay couple and much of his family comes from Southern Baptist churches in some of the reddest counties in North Carolina. I can’t remember saying out loud, ‘We’re a gay couple!’ It was always one of those knowns/un-saids. I respected his family’s views, and they did the same with mine.

Similarly, we were a known/unsaid with my Catholic midwestern family.

I didn’t realize the power of a valued relationship until that funeral. While always kind to me, one of the patriarchs of the family, my partner’s grandfather, pulled me aside outside the church. He was highly involved in the church, a man with a very different background from mine.

While I never knew how he felt about a gay couple in the family, he looked me in the eye and referenced my partner: “We trust that you’ll take care of him.”

It was recognition that I was part of the family and that it was my duty to take care of my partner during a difficult time.

The PR lessons earned were two-fold.

First, the most crucial part of PR is within the latter word. All of the lessons that apply to organizational PR are the same that apply to personal relationships. If you treat people well and respect them, they will respond in kind and respect you.

And the relationship doesn’t require everyone to see eye-to-eye, but it requires trust, understanding, and simple human decency. Even in the worst times, people will forgive your mistakes, if the relationship is strong.

Second, while PR pros often try to change behaviors or attitudes, be it to get someone to buy a product or vote a certain way, talking at or down to people or saying they’re wrong isn’t the most effective way to reach them. Instead, success is based on your behavior, the value of relationships, acceptance of who they are, and meeting them where they’re at.

As I write in the early days of Pride Month, my lessons earned are that PR often is quite simple if one leads with human decency, kindness, trust, and the power of relationships. 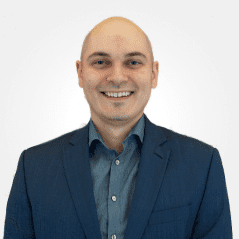 Joseph Czabovsky, Ph.D., is an assistant professor at the Hussman School of Journalism and Media at UNC Chapel Hill and a member of the IPR Measurement Commission.