If Washington, D.C., is “The Swamp,” what exactly is swampy about it and who is to blame?  According to a new poll from the Public Affairs Council, politicians themselves account for the four most serious problems with politics in the nation’s capital.

Of 10 distinct behaviors tested, the number-one concern is politicians more worried about getting re-elected than making good decisions, followed by politicians profiting from their time in office, intense partisanship getting in the way of progress, and politicians spending too much time raising money for their re-elections. Remarkably, Democrats and Republicans largely agree these problems are the most serious ones.

The poll of 2,200 Americans, conducted in late August by Morning Consult, also explores the efficacy of President Trump’s tweets, the most trusted sources of political news, sector-specific levels of trust, and public attitudes about small and large companies.

It turns out that President Trump’s tweets are not read as widely as journalists and the White House often assume. Only 15% of the public read his tweets very often — either directly or as reported in the news media. Sixty-three percent report they rarely or never pay attention to his tweets.

Among Trump’s base — those who strongly approve of the job he’s doing as president — only 29% read his tweets very often, 30% read them somewhat often and 42% rarely or never read his tweets at all.

This year’s data also confirm the 2018 survey finding that when Trump criticizes a company on Twitter, more than 80% of Americans don’t change their opinion, don’t understand what he is talking about or just don’t know what to think. Only 11% say they have a less favorable opinion of a company picked on by POTUS.

The news media used to be the most trusted source of political news — but not anymore. Over the past year, attitudes about the American media have become increasingly negative.

Only 39% consider the news media trustworthy, compared with 50% who say they trust the media “not too much” or none. In 2018 46% said it was a trustworthy source of political news and information and only 43% disagreed. 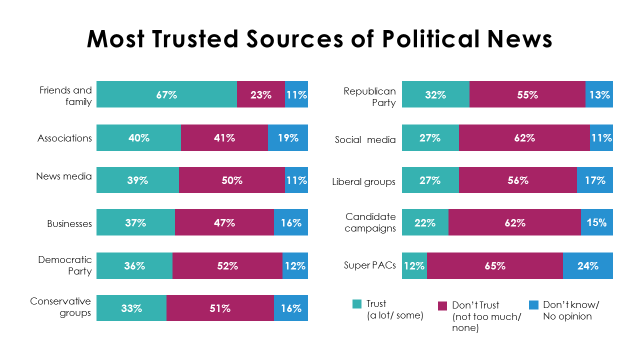 As in 2018, the most trusted source for political news and information is friends and family, with 67% saying they trust this source “some” or “a lot.” Next in line are trade and professional associations with a trust score of 40%.

Where Companies Succeed and Fail

Industry sectors considered least trustworthy include pharmaceuticals, health insurance, banks, energy and technology. Not coincidentally, these sectors are also rated most in need of new regulations. 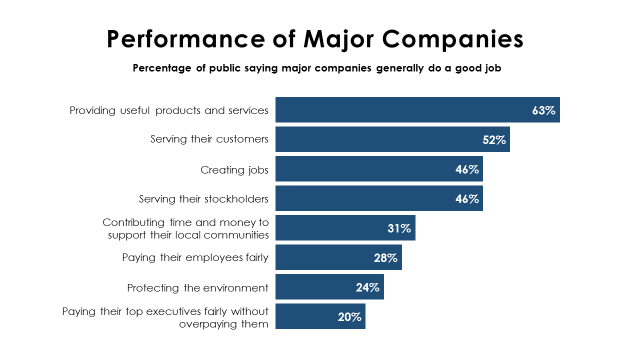 Democrats and Independents are more critical than Republicans in their assessment of corporate America’s environmental efforts. While 37% of GOP supporters say companies are generally doing a good job in environmental protection, only 18% of Democrats and 20% of Independents agree. The results are similar when it comes to giving companies credit for contributing time and money to support local communities.

American attitudes toward foreign companies have declined modestly since 2018. While major companies headquartered in the U.S. have a 70% approval rating (71% last year), public opinion of firms headquartered outside the U.S. declined from 29% to 26%. If foreign firms provide many American jobs, however, their favorability score reaches 56% (57% last year). If they just sell products and services to many Americans, however, their favorability is only 35% (down from 38% last year). 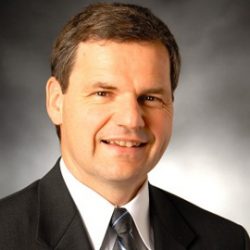 Doug Pinkham is president of the Public Affairs Council, the leading global association for public affairs professionals. The Council, which is both nonpartisan and nonpolitical, has more than 700 member companies, associations and universities. You can reach him at dpinkham@pac.org.