Posted on March 19, 2021 by Museum of Public Relations 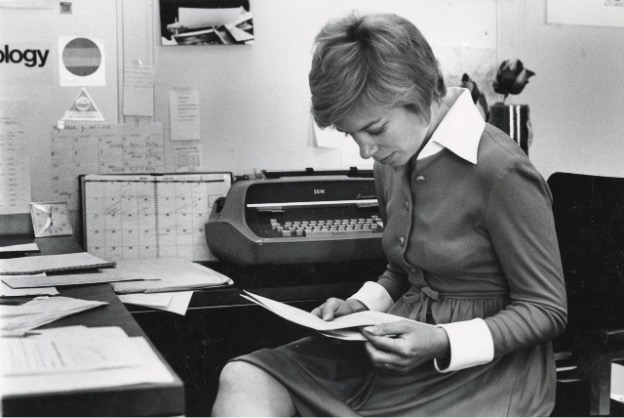 Marilyn Laurie was the first woman to become a chief communications officer of a Fortune 10 company. The story of her career started in 1969 when she was a stay-at-home mom in New York with two children and an English degree from Barnard College. She came across an ad in Village Voice (the first alternative weekly newspaper) calling for volunteers to help organize the first ever Earth Day celebration. She grabbed her coat and told her husband she would be back later.

Laurie eventually became responsible for the Earth Day campaign communications. She convinced the New York City Mayor at the time, John Lindsay, to close off 5th Avenue in Midtown Manhattan for the first-ever celebration on April 22, 1970. Now, Earth Day is a nationally recognized holiday.

Following this success, Laurie was offered a freelance writing assignment to create an environmental supplement for the New York Times. An AT&T executive noticed this work and extended an offer for her to join the company as an environmentalist, the first such position to exist. She started at AT&T in 1971 and developed environmental programs for employees which are still in effect today.

In this role, she viewed herself as a connection between the company and the world, laying the foundation for her future PR career. Laurie rose through the PR ranks later that decade, becoming VP of Public Relations at Bell Labs, then SVP. She inserted herself in meetings she wasn’t invited to and spoke from the heart.

By 1987, she was elevated to EVP of Public Relations at AT&T. She was very passionate about the profession at this point. Her dedication to educating c-suite leaders on the significance of PR in business resulted in the addition of a PR person to every business unit within AT&T.  Laurie also helped to start the Page Society, named after AT&T’s first ever EVP of PR, Arthur W. Page.

Beyond this, she was a walking crisis management expert. For every crisis that AT&T faced, her expertise only developed further. She always found a moral, ethical way to polish up the company’s image and regain the trust of its many publics.

Laurie was fearless, and counseled CEOs (who were all men) like it was second nature. She was successful in her work as a public relations professional through her brilliance, empathy, and intuition. Her illustrious career came to a close when she retired in 1998.

Read “Marilyn: A Woman in Charge” by Dick Martin, Published by the 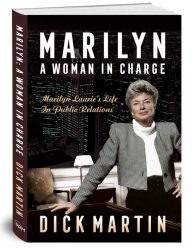