This blog post was provided by the IPR Street Team and courtesy of Edelman.

The 2020 Edelman Trust Barometer was unveiled at The World Economic Forum held in Davos, Switzerland earlier this month. The annual global report, which is conducted by global communications firm Edelman, measures people’s level of trust in government, business, nonprofit organizations (NGOs), and the media.

In this year’s report, a general lack of trust was found regarding these four societal institutions, despite a strong global economy and near full employment in the past year. Global capitalism was also revealed to be under fire by a grand majority of those surveyed.

Three crucial factors were found to play increasing roles in this trust paradox:

Ultimately, Edelman found that people’s level of trust is based off of competence and ethical behavior. However, business was perceived to be the only “competent” institution, and NGOs were seen as the only “ethical” institution. Government and media were both perceived as incompetent and unethical.

Business was singled out as being the “catalyst for change”. With the “greatest freedom to act”, business has the ability to solve the trust paradox. It was also found that people show more trust in CEOs to initiate change as opposed to governments and political leaders. The report suggests that the following actions may be taken to rebuild trust:

Methodology
An online survey was conducted from October 19 – November 18, 2019. The sample had over 34,000 participants aged 18 and above. In total, 28 different markets were studied with 1,150 respondents per market.

Key Findings
These are several of the key findings from the 2020 Edelman Trust Barometer:

Change is Necessary
The four institutions being examined were initially created with the aim of facilitating people’s lives and improving society. Over time, however, their roles have become clouded. The study findings serve as a wake-up call for institutions and highlight the critical issues they face alongside the weak relationship that currently exists between the public and these institutions. The initial trust that was once instilled has gradually become lost and will not be regained unless real change is made.

Institutions should initiate change by focusing on collaborating with one another and prioritizing people’s fears. Two ways this could be done is by balancing competence and ethical behavior, as the report states, or by focusing on partnership– which serves as “an opportunity to build trust”. The next wave of innovation is highly dependent on the steps taken by society and its institutions from here on out. 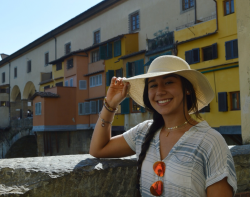