The “Right to Be Forgotten” in International PR Practice: Four Things Practitioners Need to Know 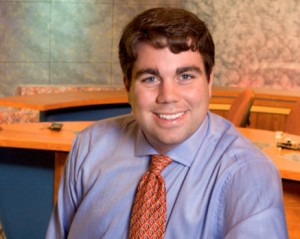 Since the Internet’s creation, one universal truth is that “whatever is put online stays online forever.”  In May of 2014 the Court of Justice of the European Union turned that adage on its head when it ruled that search engines must remove specific material from websites when formally requested by individual users.  In short, that means that if a person doesn’t like what they see about themselves online, search engines, such as Google, Bing or Yahoo!, must remove content within search engines permanently.  The search engine does this by suppressing specific links of a website’s content.  This ruling is hailed in some circles as a triumph for personal privacy.  Others decry this decision, arguing it is a limitation on free speech.  Setting aside the esoteric arguments about privacy and free speech, the implications of this new E.U. law will reshape international communication.  This law presents public relations, particularly social media management, new opportunities to regulate online image.  Because of this, practitioners need to know the basic principles of this decision and four key ways it will affect international PR practice.

European concepts of privacy differ from those in the United States.  Part of the reason is legal history.  European nations do not have a tradition of free speech rights such as that found in the First Amendment of the United States Constitution.  Instead, European laws have a history of privileging the rights of individuals to control the dissemination of personal information.  Beginning in the 1970s, Germany, Austria, Sweden, France and Spain passed statutes that gave individuals the right to protect and demand removal of data about themselves.

The European Union’s attempt to codify the “right to be forgotten” for all member states began in the 2000s.  In 2012 the European Union adopted the General Data Protection Regulation [GDPR], which redefined online privacy rights for E.U. citizens.  Although it was highly debated at the time, the GDPR allowed individuals to request permanent removal of personal content online.  This potentially created a logistical and costly requirement for search engines and websites because it required them remove not only information that a user placed online, but also information that is re-used and disseminated, such as re-tweets, Facebook sharing, and data sales.

In May 2014, the Court of Justice for the European Union officially declared that the GDPR gave E.U. citizens the right to request the permanent removal of personal information from websites.  The court also held that search engines that did any business within E.U. member states had to facilitate the removal of information when requested.  This personal information can be as simple as a photo or as complex as data collection about individual users.  If a person found anything they did not want online, including information they placed online personally, they now can petition the search engine to remove the content.  The only content that can remain online after a person requests its removal is “public interest” information which is considered content that is historically significant or addresses public health, scientific research, or legal issues.

This ruling by the Court of Justice has implications for public relations practitioners.  Now that individuals can request permanent removal of online information, practitioners should be aware of the new realities of international PR that uses online promotion.  Four main issues emerge from this new E.U. ruling.

This ruling by the European Union Court of Justice illustrates the cultural and philosophical tensions with the increased role of globalized media, specifically the Internet.  However, PR practitioners can use this new law to benefit clients who need online management services.  While the true implications of the “right to be forgotten” will not fully materialize until more time passes, it is certain that E.U. Internet law has permanently changed.  Practitioners need to stay abreast of these new E.U. media laws so they can better serve their clients in international PR practice.

One thought on “The “Right to Be Forgotten” in International PR Practice: Four Things Practitioners Need to Know”