This post is provided by the IPR Behavioral Insights Research Center.

With the digital revolution, the public is empowered to scrutinize and react to CSR strategies of multinational corporations prompting the emergence of new practices like mobile-enhanced corporate disaster relief (i.e., mCSR). This study explicates public reactions to mCSR practices in the United States (U.S.) and China during natural disasters. Drawing on the social media context and attribution theory, it examines the how individuals’ usage of mobile social media during disasters affects their attribution of mCSR motives, which in turn influence their CSR skepticism and relationships with the mCSR-performing corporation.

The research demonstrates that individuals’ active usage of mobile social media during disasters led to positive mCSR attributions in both countries. Egoistic-driven CSR motives enhanced public skepticism toward mCSR, while values-driven and stakeholder-driven motives reduced skepticism among the Americans and Chinese. As far as the effect of strategic-driven motives on skepticism is concerned, the two countries showed different results. CSR skepticism triggered negative relational outcomes between the mCSR-performing corporation and various stakeholders in both countries.

This study advances CSR and attribution theory and contributes to the practice of CSR, public relations and international business in the social media and disaster response context.

Method
Using structural equation modeling analysis, surveys were conducted among randomly recruited Americans (n = 816) and mainland Chinese (n = 430) through the Qualtrics online panel. In the U.S. survey, the participants were introduced to a fictitious leading retail pharmacy and its mCSR initiatives during Hurricane Harvey in Texas were described in detail. In the China survey, the same company and its mCSR initiatives (identical to those in the U.S. survey) during Jiu Zhaigou earthquake were described to the participants.

Mobile SNSs usage was measured by three factors, including the frequency of SNSs use on mobile devices, information-seeking and sharing behaviors. Four types of CSR motives were measured by 13 items adopted from Skarmeas and Leonidou (2013). Four items from Skarmeas and Leonidou (2013) were applied to measure the CSR skepticism. The measure of organization–public relationships (OPRs) included the dimensions of trust, satisfaction, commitment, and control mutuality (Gallicano, Curtin, & Matthews, 2012). All variables were adopted to a 7-point Likert-type scale, which ranged from “1” (strongly disagree) to “7” (strongly agree).

Implications for Practice
This study offers a theoretical framework to inform reactions to mCSR among the general populations in the world’s two largest markets. It illustrates how information communication technologies have changed people (i.e., their cognition, evaluation, and behavior) and the subsequent changes of corporations in societies during natural disasters. A major practical implication for multinational corporations is that mCSR can be a relationship cultivation strategy targeting heavily social media users during natural disasters.

The research identified the negative consequence of mCSR with strategic-driven motives during disasters in the U.S. Hence, disaster relief efforts targeting U.S. citizens should focus on maximizing the social impact rather than profit-making. Only corporations having a favorable reputation, a credible CSR record, and a good expertise-cause fit may consider responding to a disaster by a mCSR initiative that utilizes their core business expertise to maximize the initiative’s social impact.

The study has also established that mCSR has great potential to serve as a competitive advantage for corporations in mainland China, especially for corporations that have active mobile social media users as the target consumers. 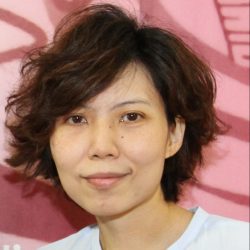 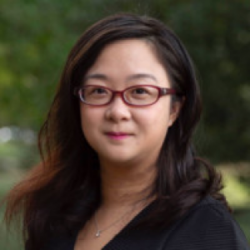 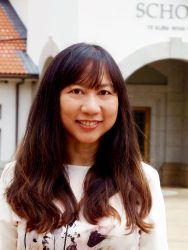 Yan Jin, Ph.D., is a professor and the assistant department head at the University of Georgia.