Posted on September 3, 2014 by Sarab Kochhar

The 2014 Pulse Survey results by Public Affairs Council were released last month. The annual in-depth survey of Americans’ opinions on business and government provides insights on attitudes like privacy, infrastructure, and different sectors. 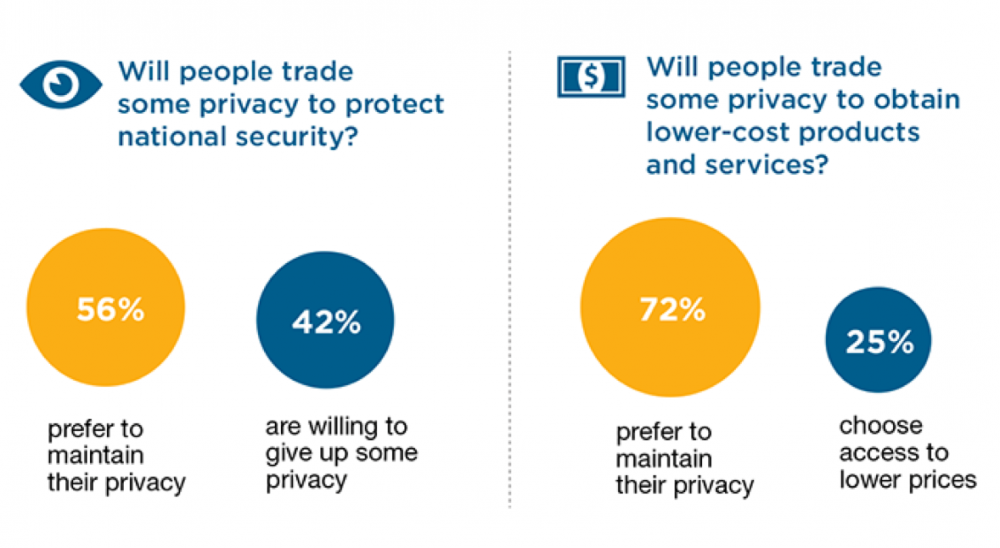 The survey of 1,609 American adults, conducted by Princeton Survey Research Associates International, shows that the American public has a changing relationship with business and government. Around 91% of Americans have a very or somewhat favorable view of small businesses, compared with 69% who look favorably on big corporations. Tech, retail and manufacturing are the most trusted sectors, while health insurance, pharma, banks and energy firms are the least trusted. Most Americans also want corporations to take a stand on social issues such as wilderness protection, racial and gender discrimination and climate change. Based on the survey results, I see three broader themes, which I call the three P’s for the public relations practice; Privacy, Personal Experience, and Public Interest.

Nearly three-quarters of Americans are unwilling to trade their personal privacy for discounts and most Americans are unwilling to trade their privacy for better national security. Seven in ten Americans (72%) say they would not give up their privacy to receive lower-cost products and service. Just 42% say they would sacrifice some privacy in the interest of greater national security. Republicans (39%) are less willing than Democrats (45%) to make this trade-off.

Personal experience is what matters most in influencing people’s attitudes towards business. Social media is among the least influencers in shaping people’s opinions of business and government. 64% of Americans say the Web helps drive their views of corporations, and 62% say it influences their opinion of government. Whereas only 36% cite social media as a factor in shaping their attitudes toward business, and 33% say it influences their opinion of government. Personal experience as a customer is the biggest driver of opinions toward companies, with 75% citing this as an influence. 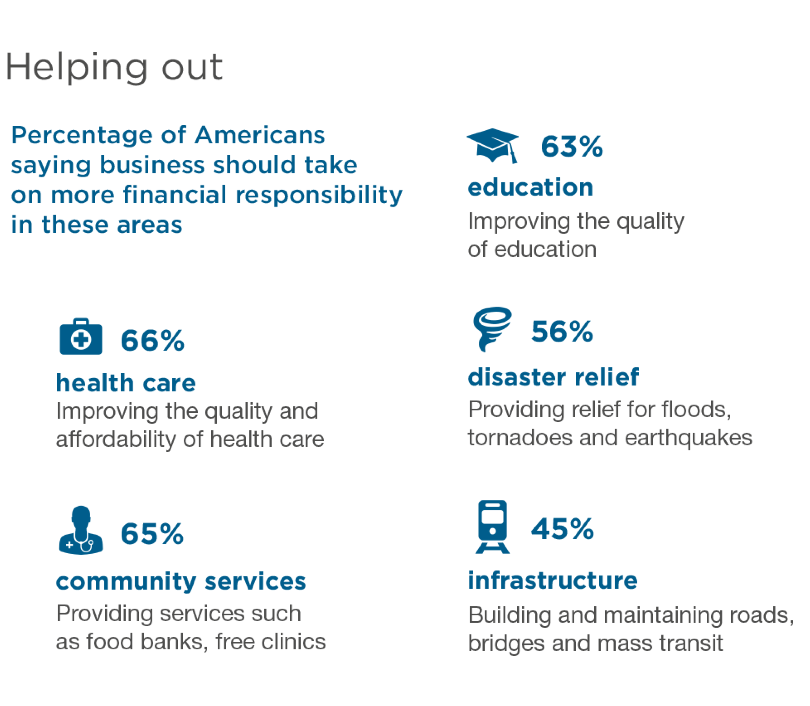 Americans prefer U.S. based companies to foreign-owned firms, and they want corporations to take a greater role in solving societal problems by speaking out on environmental and civil rights issues and improving health care, education and other community services. Only 41% of Americans trust the federal government to solve the country’s biggest problems, and three-quarters say it’s important for major companies to help find solutions. In particular, they want corporations to take on more financial responsibility for public interest and for providing community services such as food banks, free clinics and job training for the poor.

For the full results of the 2014 survey, conducted by Princeton Survey Research Associates International, visit the Public Affairs Pulse microsite.

Dr. Sarab Kochhar works as the Director of Research for the Institute for Public Relations.