Posted on January 25, 2017 by Institute for Public Relations

The recent inauguration of President Donald Trump marked a historic transition when someone with no political experience now occupies arguably the most powerful position in the world. In explaining the unexpected outcome of the election, many pundits credited Trump’s communication effectiveness and ability to directly “reach the people.”

However, this may be an overly simplified explanation. What is undeniable is that public relations played a key part during the 2016 Election. A comparison of the two major candidates’ public relations efforts along the lines of media relations, donor relations, volunteer relations, and social media engagement yield interesting results and some important implications for practitioners.

For media relations, Trump was the winner as he dominated television and print news coverage in terms of volume by a wide margin, according to data from IQ Media and The Data Face. Although Clinton received slightly more favorable coverage overall, the disparity in volume was much greater in Trump’s favor and his use of social media may have countered the negative discussion in traditional news (see below).

Clinton also held an advantage in terms of volunteer relations. She had nearly double the number of offices in nationally. According to FiveThirtyEight.com, Clinton had 489 offices compared to Trump’s 207.

Trump was perhaps best known for his use of social media during the campaign and he seemed to hold a decisive advantage in this arena compared to Clinton. Data from the Pew Center last summer showed that Trump’s social media posts received the highest level of response from users. It is notable that Trump linked to news media in his posts more than other candidates who linked more to their own website. This strategy may have been effective in limiting the tone advantage Clinton had in terms of news coverage.

According the multiple studies completed by the team, the best platforms for increasing the importance of topics in political news coverage are blogs, news releases, twitter messages, and television ads. For shaping how topics are by discussed by emphasizing certain aspects over others, news releases are most influential. Finally, for linking elements together in messages, blogs, Facebook messages, Google+ posts, email, and press briefings are most influential. Such findings can help guide message platform selection decisions in political campaigning and governing.

Since the election and now as he has transitioned into the Oval Office, President Trump continues to defy convention concerning his public relations and communications strategy. The impact of these strategies on policymaking and public opinion remains unknown but will no doubt continue to be unexpected in the future. 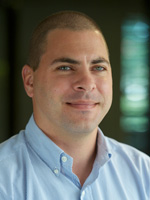 Dr. Spiro Kiousis is executive associate dean for the College of Journalism and Communications and is a professor of public relations. Previously, he served as chair of the Department of Public Relations from 2006-2012, was director of distance education for the College from 2010-2013, and was a University of Florida Research Foundation Professor from 2009-2011. Follow him on Twitter @skiousis.