Note: A version of this content appeared in the July 1, 2020 edition of PRNEWS. For subscription information, please visit: www.prnewsonline.com/about/info. Research conducted by Kyle Heatherly.

In August 2019, Business Roundtable announced the release of a new Statement on the Purpose of a Corporation. In it, 181 CEOs of many of America’s largest companies committed to lead their organizations for the benefit of all stakeholders: customers, employees, suppliers, and communities as well as shareholders (which had been the traditional focus).

Since that time, a series of events have tested the resolve of CEOs and the companies they lead with a number of highly sensitive ethical topics which forced them to ask, “what’s appropriate to say and when is it appropriate to say it?”  In this essay, we explore the PR implications of corporate actions taken in response to George Floyd’s killing and the protests that followed.

Companies and Brands Respond
Some organizations chose to “play it safe” by staying silent.  However, stakeholders now expect corporations to play an active role in making the world a better place and “saying nothing” speaks loudly in times like these. To mitigate the risk associated with meeting the challenges of addressing sensitive topics like racism, sexism and other injustices, some intrepid companies use research to ask questions, test hypotheses, assess their position and, to the extent possible, manage the difficult conversations into which they’re entering.

In the June 4, 2020 edition of Forbes, contributor David Hessekiel identified 55 companies and the actions they took in response to George Floyd’s killing and the subsequent protests. The list is not a complete representation of all companies who took action nor is it an endorsement. In fact, some of the companies they named generated critical media coverage.

To assess the public reaction, Cision Insights communications research consultant Kyle Heatherly conducted a content analysis of the 55 named organizations and compared the media’s treatment during the month before and the week following the May 26th event to assess the impact of their statements. Content analysis is a rigorous form of communications research that uniquely and simultaneously reflects- and helps to shape- public opinion.

Research Findings
Across all companies and brands, the most common actions included issuing public statements, making donations, and making product or programmatic changes. Companies that generated the most positive media attention on this topic included Twitter, Snapchat, ViacomCBS, and Grindr. In the weeks following the Forbes article, subsequent actions from a number of companies, notably PepsiCo and Mars, Inc. who announced changes to the Aunt Jemima and Uncle Ben’s brands, also generated significant attention but are not included here due to the date range of our analysis.

Brands that had lower volume of coverage during the baseline period generated the greatest increases in media visibility following corporate action.

Among more ubiquitous brands, statements and actions may not have generated such dramatic increases in journalistic interest but visibility is not always the primary motive in corporate social responsibility, as “doing good” often overrides the desire for publicity under these circumstances.  Still, highly visible brands like Starbucks, Nike and Bank of America generated significant increases despite a relatively high level of media attention over the course of business that preceded the protests.

An in-depth analysis reveals that companies will generate media attention when they take a strong unequivocal position on social issues when their statements and actions are compelling to the media (as most were).  More importantly, organizations fare well when their words and deeds are credible for that company.  For example, Ben & Jerry’s, a brand well known for social activism over the course of its history, issued a statement entitled Dismantle White Supremacy, which, according to CNN and The Wall Street Journal, generated a positive response for a very strong statement.

The content analysis also uncovered the importance of “proportion” in the actions of certain companies. A donation of $10 million, while sizable, will be perceived differently when the gift comes from a $200 million company versus a $70 billion enterprise.

CEOs at many companies facing public scrutiny spoke directly to stakeholders through both traditional and social media outlets about issues related to race and racism.  Chief executives and other leaders from organizations such as Novartis, AARP, Cigna, Deloitte, Columbia University, Nike, Stanford University, United Airlines, Kroger Co., Salesforce, PayPal, 3M, and numerous others used their LinkedIn profiles to share notes with clients, employees, and others about how they are taking action for racial justice and equality.

Implications and Guidance
For professional communicators, the research offers guidance for the future.  Companies and brands do better when they:

Overall, as public relations practitioners, we must exhibit courage in the questions we ask but also in how we listen. Suspend the conventional wisdom, soften the impulse to respond emotionally and take time to deeply deliberate and consider alternative perspectives before acting.

As is often the case, the best path is often the most direct.  There is no easy way.  Leaders must be careful in the words they use, but must not let fear replace curiosity and a desire to learn.  Do your research. Ask questions. Listen to the answers. Then begin, persevere and improve. 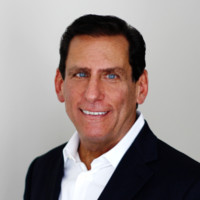 As members of the Cision Insights team, Mark Weiner and Kyle Heatherly provide interpretive analysis, actionable insights and strategic guidance for many of the world’s great organization. Mark Weiner is a Trustee for the Institute for Public Relations.