Posted on February 6, 2017 by Institute for Public Relations

This post appears courtesy of The University of Massachusetts Dartmouth Center for Marketing Research and The Conference Board. The full study is available here.

Though much of its popularity is fueled by millennial users, The University of Massachusetts Dartmouth Center for Marketing Research dove in to the details of how the fastest-growing businesses (Inc. 500) versus the wealthiest businesses (Fortune 500) engaged on the highly visual social network in 2016.

The companies who have worked Instagram in to their media efforts are performing at the top and research suggests their competitors should take note.

Findings based on user data: 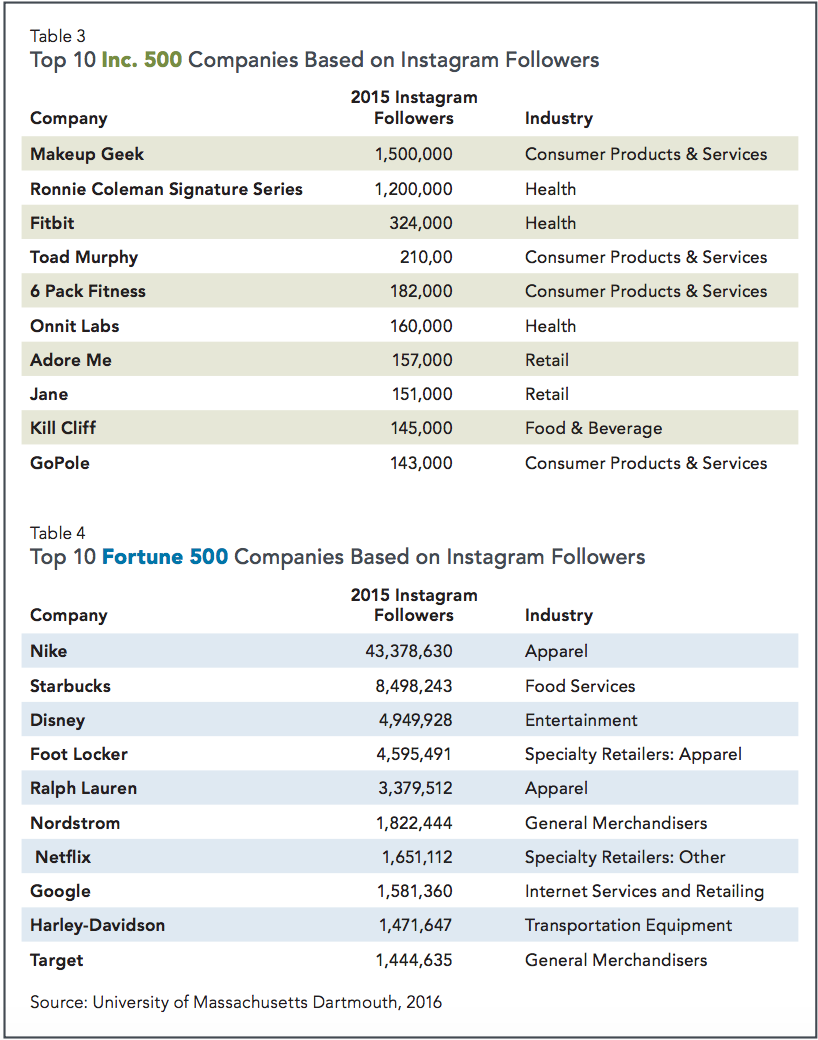 Conclusions made in this study were not extremely surprising. Researchers point out the reach Instagram has to the next generation of buyers, and the billion-dollar industry that the social channel has made for itself. Statistics shared in this study are something companies are tuning in to and will continue to do. In 2017, researchers predict more companies from both groups of 500 will adopt the platform and start #engagingwithusers.

One parameter of the research conducted included an active (must have posted in last 30 days) account.

Both company groups had something to show for themselves, with 110 Inc. 500 and 149 Fortune 500 active company accounts. Researchers benchmarked the two by evaluating post and follower totals, use of hashtags, likelihood of company response and achievement of goals intended to reach with post. Five buckets were made for a posts’ goal; informational, thought leadership, product promotion, engagement or company event.

About the SNCR
This research was conducted and linked to a series of other findings from the SNCR 2020. They are exploring topics such as communications tools and technologies, including digital, social media, and mobile, and their effect on business, media, health, law, culture, and society.

The full study is available here.

Lauren Maloney is a senior public relations student at the University of Florida and the President of UF’s Public Relations Student Society of America (PRSSA). Follow her on Twitter @LaurenMalogna.