Richard Thaler and Cass Sunstein brought the concept of the “nudge” to the forefront in 2008 with their groundbreaking book, “Nudges,” with an updated and final edition released in 2021. In this book, Thaler and Sunstein define nudges as:

“Any aspect of the choice architecture that alters people’s behavior in a predictable way without forbidding any options or significantly changing their economic incentives. To count as a mere nudge, the intervention must be easy and cheap to avoid. Nudges are not mandates.” – Thaler & Sunstein, 2008

What are Nudges? (cont’d)

Although these choice architects influence the context in which decisions are made, Thaler and Sunstein call attention to the fact that nudges are not mandates and people still have freedom of choice. To effectively describe this, scholars coined the term libertarian paternalism which is the idea that “it is both possible and legitimate for private and public institutions to affect behavior while also respecting freedom of choice, as well as the implementation of that idea” (Thaler & Sunstein, 2003).

However, nudges, choice architecture, and libertarian paternalism have all been discussed through an ethical lens—to what extent and to what right do individuals or groups have the ability or power to influence others? Most scholarship about ethics focuses on how nudges impact autonomy (Schmidt & Engelen, 2020). One argument is that “nudges can undermine freedom of choice and are not as ‘liberty producing’ as proponents would have us believe” (Schmidt & Engelen, p.1, 2020; Grüne-Yanoff, 2012; Rebonato, 2014). However, research shows that removing the nudge does not make people any more autonomous, as there are still external factors at play (like choice architecture and heuristics) that influence decisions (Nys & Engelen, 2017).

Experts suggest using “means paternalism” rather than “ends paternalism” to ethically employ nudges; that is, nudges should not tell people which end decision they should pursue, but instead “improve the means to help people achieve the ends they themselves want to pursue” (Sunstein, 2016, p. 56).

How do Nudges Work?

Where the automatic system is uncontrolled, fast, and effortless, the reflective system is controlled, slow, and requires effort. The automatic system is used when you duck when something is thrown at you – it is rapid and instinctive. The reflective system is more deliberative and requires cognitive effort. An example of this is if you try to convert temperatures from your native unit of measure to another unit of measure (i.e., Fahrenheit to Celsius, for an American). It’s not an automatic response.

To conserve energy and time, the human mind tends to use an automatic system for making decisions. These mental “shortcuts,” or heuristics, help us save our brain power for decision making that requires thought. For example, people may buy the same familiar products or brands over and over again, like toothpaste or laundry detergent, because it doesn’t require additional thought (this is a “familiarity” heuristic). Heuristics can take three different forms (and some may create errors or biases) (Kahneman & Tversky, 1974):

Anchoring:
When making a guess, we “anchor” with something familiar and then compare from that subjective reference point. For example, if I have a friend who works at company X, then I may make similar evaluations of other employees at that company based on my experience with that one individual.

Availability:
Assessing the likelihood of risks depends on how readily examples come to mind or the amount of information that is available to an individual – the more readily available an example, the higher the perceived risk. For example, if my department lacks racial diversity, I may assume this is representative of the entire organization even though I have not been exposed to other departments.

Representativeness:
Known as the “similarity” heuristic, this involves comparing two or more things based on (often subjective) stereotypes or prototypes. For example, if you meet a tall person who was a collegiate athlete you would assume that she played basketball rather than soccer.  Each of these shortcuts are subjective and can lead to bias. Although we tend to use heuristics frequently, they are fallible. This is where nudges come in.

Coupled with libertarian paternalism, nudges can be used to help people make better informed decisions when they are faced with a particularly difficult or rare decision. As communicators, we can serve as the choice architect and encourage a particular outcome. As said previously though, this is not without criticism. Can nudges be used for bad?

How to Use Nudges

According to Thaler and Sunstein (2008), six elements factor into nudges:

1. USE DEFAULTS
If there is a default option for a given choice, many people can be expected to stick with that option. The tendency to choose the default will be reinforced if the default comes with a suggestion that this option is the normal or suggested course of action.

2. EXPECT ERROR
Humans will make mistakes. Systems should be designed accordingly. For example, it is easier for us to remember a weekly meeting vs. a bi-weekly meeting because the repetition of the weekly meeting allows us to use our automatic system (see Charles Duhigg’s book “The Power of Habit”).

3. GIVE FEEDBACK
One of the best ways to improve behavior is to provide feedback. For example, digital cameras provide better feedback than film cameras because they allow the photographer to see the image and if anything is wrong, they can take another to correct it (Thaler & Sunstein, 2008).

4. UNDERSTAND “MAPPINGS”
“Mappings” allow people to look at the potential choices in a given decision and predict the outcome of each choice. For example, if someone is deciding on an ice cream flavor and their favorite flavor is vanilla, they will map the outcome of that choice as “enjoyable,” whereas other potential choices on the map (i.e., chocolate or strawberry) may have a less enjoyable outcome. This “mapping” allows the decision maker to choose vanilla. A simple choice that an individual has been exposed to previously is much easier to map than a decision that is brand new.

5. STRUCTURE COMPLEX CHOICES
When facing a small number of alternatives that are easy to understand, people can examine each attribute in detail. When there are a greater number of alternatives, people begin to use simplifying strategies. For instance, when choosing a book, instead of looking at each book that exists in detail, we narrow it down by the genre we like. When given too many options, people face what is called the “Paradox of Choice,” which requires more processing and may make us feel unhappy with our choices.

6. EVALUATE INCENTIVES
When building a choice architecture, think about incentives by asking:
–Who chooses?
–Who uses?
–Who pays?
–Who profits?

However, it is important to note that salience, or the importance of the issue, impacts the value decision-makers place on some incentives. For instance, the cost of electricity is often salient for people. If a choice architect wanted to encourage people to use less electricity to help the environment, perhaps focusing on the incentive of electricity cost would be more effective than focusing primarily on the environmental benefits.

Nudges in Communication: A Success Story

Even if nudges are not used intentionally, communication can be biased by the cognitive principles behind nudges. It is important for public relations practitioners to understand nudges and biases in the context of behavioral science so they can anticipate the potential impact these cognitive processes have on the reception of a message. Nudges can also be used proactively in communication campaigns and have been used successfully in several contexts.

Research shows that simplification of nudges can reduce information complexity and increase compliance in areas, such as in public administration (Institute for Public Relations, 2020). Simplification nudges reduce messages to the bare essentials so less processing is required to understand them. In this case, researchers sent bill reminders to U.K. residents which condensed the key information such as when to pay and the benefit of paying bills in full, on time (Institute for Public Relations, 2020). Nudges have also been used to successfully increase COVID-19 vaccine uptake, encourage pro-environmental behavior, and increase the number of charitable donations, among many other causes.

Communicators can become effective choice architects when they understand how to use nudges and the cognitive processes behind them. 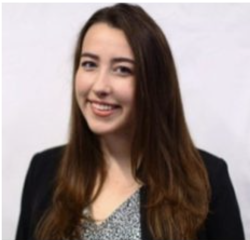