What does it take for a company — or an industry — to get back in the good graces of the American public once it has a poor reputation? It takes more than 380 million doses of a life-saving vaccine distributed free of charge. We know this because the pharmaceutical industry remains the least-trusted industry in the U.S., according to a recent Public Affairs Council poll.

Despite a slight improvement this year, the pharmaceutical industry has been ranked both the least trustworthy and the most under-regulated sector for more than five years running.

During that time, there has also been a gradual decline in trust in the technology industry and a concomitant increase in the public appetite for more oversight of tech firms.

The poll of 2,199 Americans, conducted in September 2021 by Morning Consult, also explores support for democratic rights, the state of racism in America, and the most trusted sources of political news.

No Good Deed Goes Unpunished
Forty-six percent (46%) of the public say pharmaceutical companies are less trustworthy than other major companies, and only 13% believe they are more trustworthy. While 40% believe the industry has too little regulation, just 22% think it is over-regulated.

To be sure, Big Pharma’s ratings did improve over 2020, when 49% called it less trustworthy than other sectors and 47% said it was under-regulated. But neither uptick was enough to move the industry out of last place.

Meanwhile, it has been striking to watch the technology sector drop from being the most trusted sector in 2017 to fourth place in 2018, fifth place in 2019, and sixth place in 2021. One-third (32%) of Americans now say tech is less trustworthy than other industries and only 16% say it is more trustworthy.

Are Democrats Becoming More Pro-Business?
It’s hard to miss another major trend emerging from this year’s data on the reputation of Corporate America; that is, the divergence between the opinions of Republicans and the interests of many major companies. While the business community and Democrats still have sharp differences over regulatory and tax issues, they are finding common ground on issues related to race, immigration, COVID-19 mitigation, and election reform. 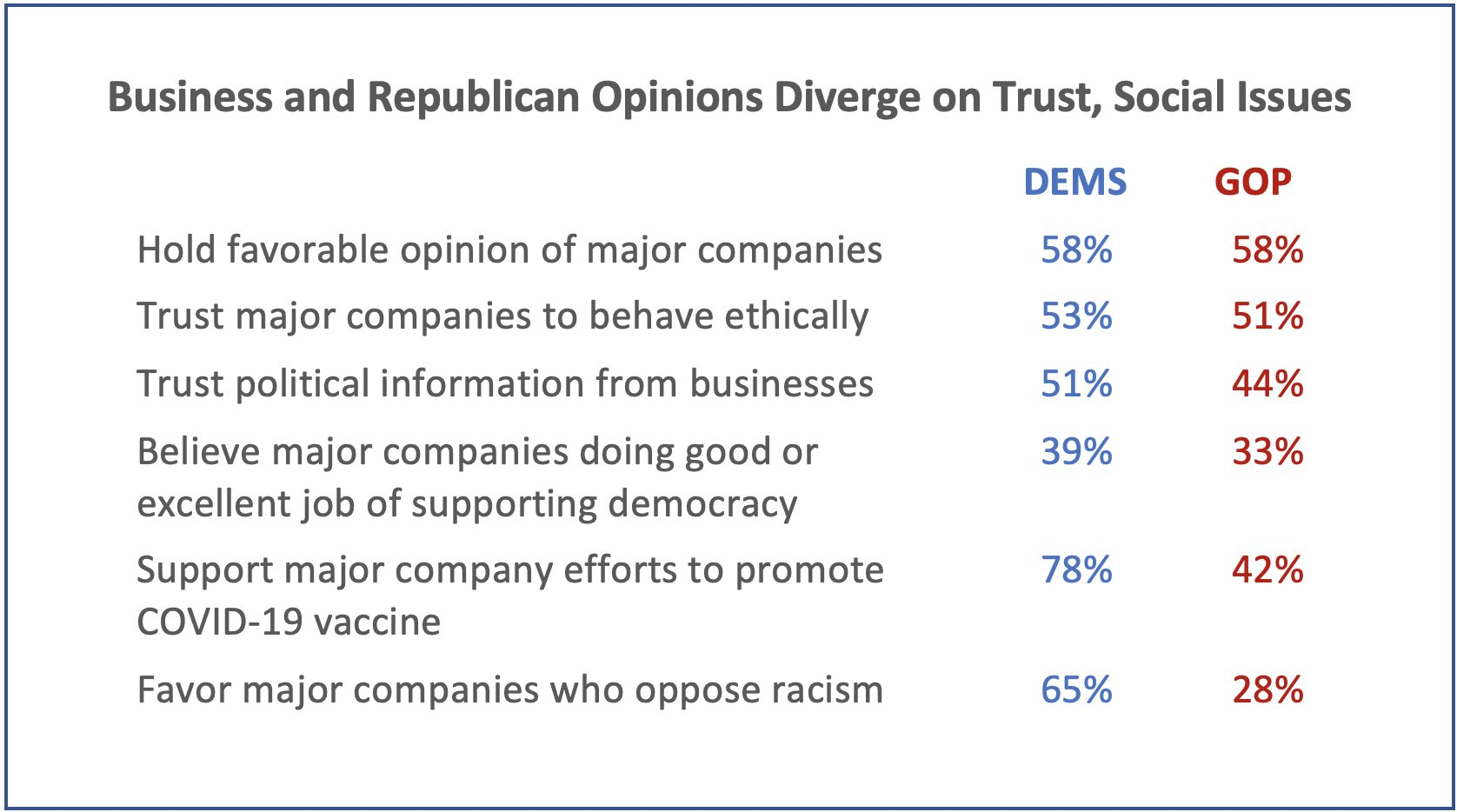 Racism Is Getting Worse
The killing of George Floyd and other cases of police brutality against people of color, coupled with protest marches and pledges of support for Black Lives Matter, have forced Americans to think more about racism. Forty percent (40%) of Americans now believe the country is becoming more racist. What’s more, only 13% say it is becoming less racist.

Not only is racism becoming more widespread, 71% of Americans consider it a “somewhat” or “very serious” problem. Only 8% believe racism is “not at all serious” in the U.S.

Other polls have tracked business efforts to improve diversity, equity, and inclusion in their firms and society. But, for whatever reason, these efforts aren’t working. Only 22% say major companies are playing a positive role in reducing racism and 18% say they are playing a negative role. Those numbers are lower than they were last year when 28% said companies were helping the cause and 14% said they were hurting it.

But here’s the remarkable finding. Support for these freedoms is not only bipartisan, but also nearly identical across genders, education, income levels, and geographic regions. This view is held by 72% of people in the Northeast, 74% in the South, and 76% in the Midwest and West.

How is this possible, given battles over hate speech and state election laws? It stands to reason that different people define freedoms in different ways. One person’s free speech is another person’s hate speech, and there is little consensus on what constitutes a free and fair election.

Who Do We Trust for Political News?
When it comes to political news, 73% of respondents have “some” or “a lot” of trust in the news coming from friends and family. The next most trusted sources are trade/professional associations (44%) and businesses (43%). 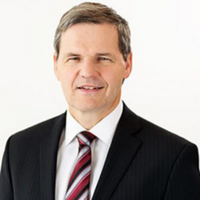 Doug Pinkham is an IPR Trustee and president of the Public Affairs Council, the leading global association for public affairs professionals. The Council, both nonpartisan and nonpolitical, has more than 700 member companies, associations, and universities. You can reach him at dpinkham@pac.org.