The Career Path of a Social Media Professional

Posted on October 13, 2020 by Marcia W. DiStaso and Tina McCorkindale

THIS IS AN IPR DIGITAL MEDIA RESEARCH CENTER SIGNATURE STUDY.
THANK YOU TO OUR PARTNERS:

Introduction
More than 7 in 10 Americans use social media to connect, engage, and be entertained according to Pew Research. With the widespread use of social media, nearly every organization has a social media account, as resources are increasingly shifting to these digital channels and networks. In USC’s 2019 Global Communications Report, 38% of U.S. CEOs said social media and online influencers will be the most valuable component of their company’s communications strategy in the future, more so than owned, earned, and paid media. Social media managers are responsible for giving brands their voice. However, little research has been conducted on the individuals who fill this critical organizational role that has grown exponentially over the past 10 years.

The Institute for Public Relations Digital Media Research Center, Ragan Communications, and the University of Florida PR Department collaborated on this research project to study the careers and roles of social media managers. We surveyed more than 400 social media managers to determine their job roles and responsibilities, reporting and management structure, history and levels of experience, performance review systems, and career ambitions.

SOME OF THE KEY  FINDINGS INCLUDE: 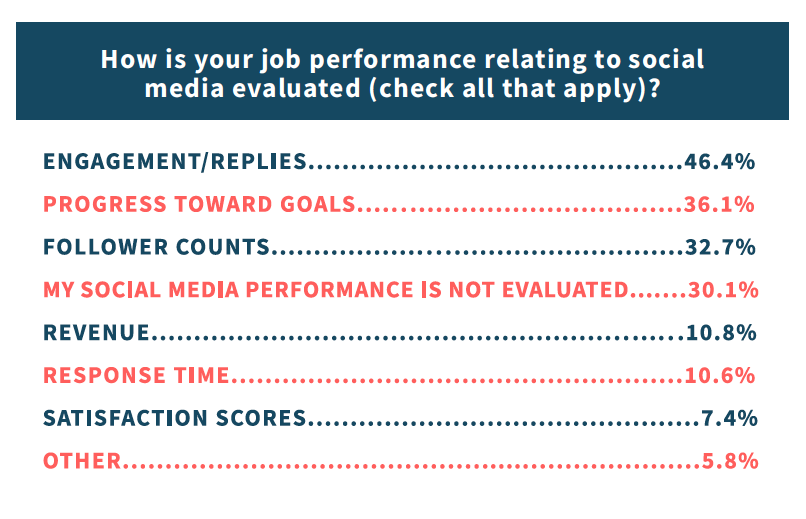 Methodology
The Institute for Public Relations, Ragan Communications, and the University of Florida conducted a benchmark survey about the career path of social media professionals, including the challenges and opportunities that lie ahead. Respondents were given an opportunity to enter a drawing for three $50 gift cards and to receive a copy of the report at the end of the survey.

The survey was pre-tested with a small group of social media managers. A total of 451 respondents participated in the survey. Twenty-two people indicated that they are not involved with their organization’s social media, so they were removed from the study. Fifty people did not complete the study after the first question. Therefore, the study included 379 respondents with a margin of error of +/-5%. The results of the study were presented to nearly 100 social media professionals prior to publication to socialize each of the findings. Responses indicated study findings were reflective of the field. Some of the insights gathered from the social media professionals will also be used to develop future studies.

About the Institute for Public Relations
Founded in 1956, the Institute for Public Relations is an independent, nonprofit foundation dedicated to the science beneath the art of public relations™. IPR creates, curates, and promotes research and initiatives that empower professionals with actionable insights and intelligence they can put to immediate use.  IPR predicts and analyzes global factors transforming the profession, and amplifies and engages the profession globally through thought leadership and programming. All research is available free at www.instituteforpr.org and provides the basis for IPR’s professional conferences and events.

All materials copyrighted by the Institute for Public Relations.