Posted on August 28, 2017 by Yulia Strekalova and Rachel Damiani

This post appears courtesy of the authors and the University of Florida. The full study can be found here.

The first step to changing behavior or attitudes can be engaging with people on social media, and many health promotion organizations are eager to capitalize on this opportunity. Still, much remains unknown about how to best capture people’s attention on these platforms. As health organizations increasingly use social media, it is vital to uncover the most effective strategies to spark people’s involvement. Results from our recent study in the Journal of Cancer Education indicate that the use of specific language and tone is one strategy influencing which people interact with a Facebook post.

We looked at Facebook posts from the Tobacco-Free Florida campaign, which were published between July 2015 to June 2016. This tobacco prevention campaign targeted smokers, non-smokers, and people who were actively quitting tobacco use. We were interested in investigating two questions. First, how did the campaign frame messages to each of these audiences? And second, which of these message framing strategies were most effective at engaging their target audience?

Our interpretation was guided by the relational framing theory that links the use of language and cognition and specifies how and which relationships are formed in the process of communication and message dissemination. Our analysis showed that the Tobacco-Free Florida used two communication strategies:

Use (or Lack) of Dominant Language. This strategy is characterized by the use of linguistic markers associated either with dominance, including self-confidence, determination, persuasiveness, headstrong presentation of opinions, and confidence, or with submissiveness manifested in the use of hedges and indirect, cautious language.

Appeal to Affiliation or Disaffiliation. This communication strategy conveys similarity or dissimilarity of an audience member to an implied identity and focuses on commonality or difference in values and norms beyond smoking cessation. 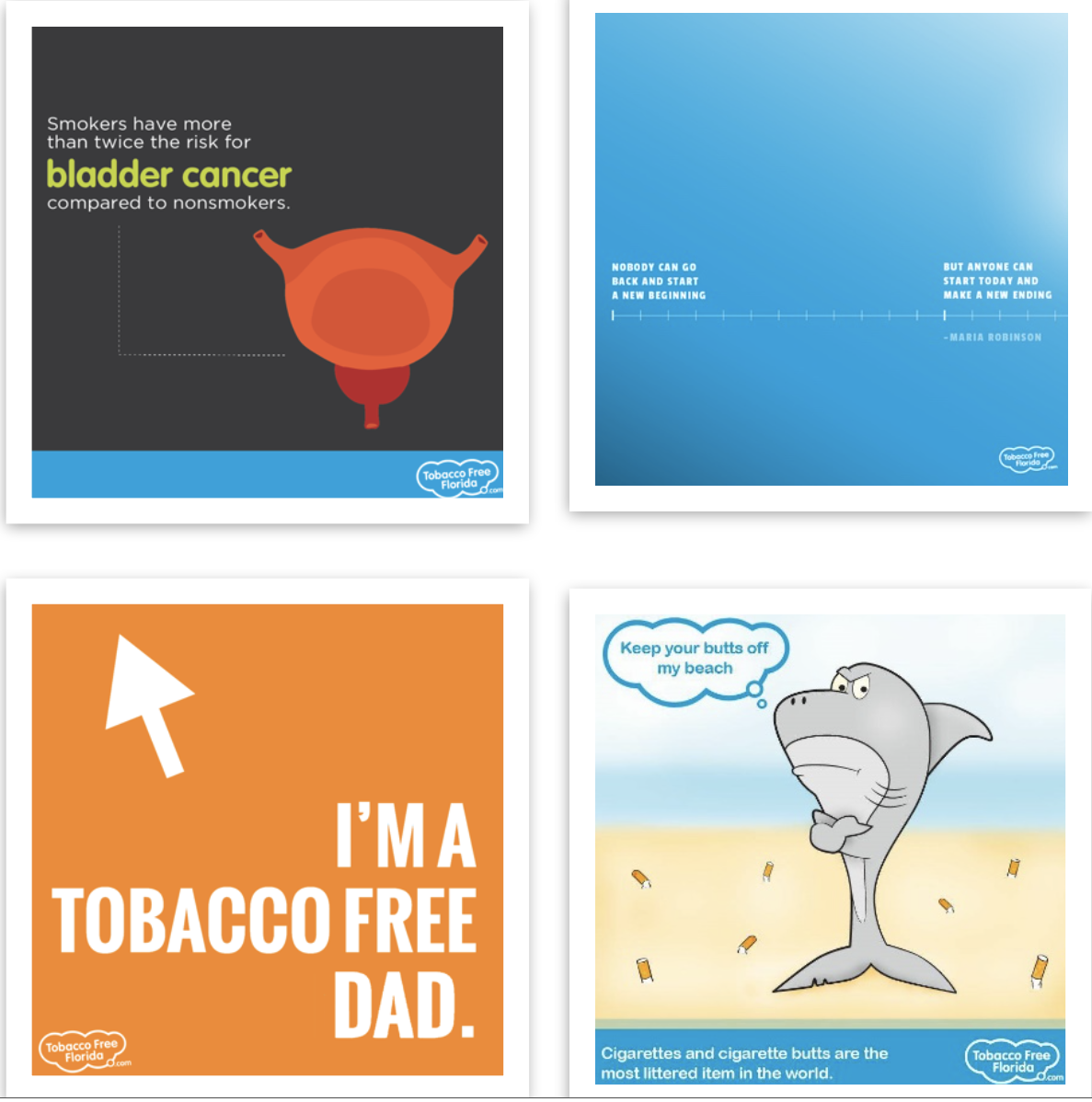 The analysis of the posts resulted in four main insights.

First, we found that posts addressed to people actively quitting tobacco products resulted in more audience engagement when they used affiliation/disaffiliation language. However, despite the positive audience response to this strategy, TFF more frequently used this language strategy when communicating with non-smokers.

Third, over half of the posts were addressed to current smokers. Dominant language without a call for engagement resulted in the most comments for posts aimed at current smokers. It achieved the goal of audience engagement. The sentiment of the comments was beyond the scope of our study, but it should be monitored and evaluated carefully to identify and prevent any possible unintended communication effects.

Overall, we found that the language used in framing a message, the presence of a call for engagement, and implied audience acted together and should be considered to explain and plan for audience engagement. Although our study focused on smoking cessation posts on Facebook, we believe that these findings have broader application in other areas of health promotion and strategic communication planning.

These results suggest that the adage, “know your audience” may retain its wisdom in the context of social media engagement about smoking cessation. More specifically, health organizations may benefit from altering the language and tone of their social media posts to resonate with each intended audience. By investing in knowing their audience, health organizations may capitalize more effectively on social media involvement and achieve long-term behavioral change.

Yulia Strekalova is a research assistant professor and the director of Grants Development in the College of Journalism and Communications at the University of Florida. Follow her on Twitter @UFScholar.

Rachel Damiani is a graduate student in the College of Journalism and Communications at the University of Florida. Follow her on Twitter @rachel_damiani.