How We Did It: Formulating a Comprehensive Stand on Thermal Coal and Oil Sands

I serve as chief communications officer at Axis, a leading specialty insurer and global reinsurer. At Axis we believe that climate-risk mitigation—the risks associated with climate change—is central to both the future of our business and to the quality of life on our planet.

As a carrier that operates in the property and casualty space, we directly face the challenge of the significant increase in the frequency and severity of extreme weather. We are attuned to the tremendous toll that extreme weather places on businesses, communities and the people and families who are its victims. We believe that insurers have a unique role to play in addressing the climate change crisis, and that there is a strong and clear business case to be made for addressing this issue.

Last year, with the support of our board and our CEO, our general counsel launched a formalized steering committee to scale up our company’s corporate citizenship program, with environment as a core program pillar. As a member of the steering committee, I helped launch a cross-functional initiative to evaluate and mitigate our environmental impact, specifically as it relates to our work in the energy sectors.

1.) Formed cross-functional team—embracing a “one team” approach that was led primarily by legal and communications, we tapped experts from across the organization to form a task force to look at reducing our exposure to and investment in the coal and oil sands sectors and to formulate an implementation plan.

2.) Conducted extensive due diligence—we spent close to a full year developing a thorough understanding of the issue and ultimately identified thermal coal and oil sands as being among the gravest environmental threats posed by the energy sector, broadly defined. Our due diligence included stakeholder interviews, analysis of relevant research and studies, and engagement with advocacy groups. We also assessed the financial impact to Axis of reducing our underwriting and investment.

4.) Launched multi-phased rollout—to help support the program implementation, we conducted a phased communications rollout that included several months of internal promotion, including global town hall updates and a podcast featuring our CEO interviewing our chairman; preliminary outreach to clients, other business partners and investors; the issuance of a public statement announcing our intention to reduce our exposure to coal and fossil fuels; and, finally, the announcement of our formal policy in October.

5.) With the announcement, Axis was credited by employees, media outlets and advocacy groups for issuing a significant policy to reduce its exposure to and investment in thermal coal and oil sands. In addition, Axis was highlighted as a leader on the oil sands issue and saw its overall score improve materially in the Unfriend Coal scorecard, an annual study issued by a coalition of advocacy groups and NGOs.

In addition to growing Axis’ position as a credible advocate for mitigating climate risk and addressing the coal and oil sands issues, the campaign helped introduce new internal best practices for an effective cross-functional partnership program. 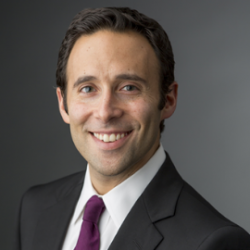