How We Did It: How to Respond When You Go Viral for All the Wrong Reasons

In partnership with Ragan, “How We Did It” is a blog series that features IPR Trustees offering insight into an initiative or decision that had a positive impact.

Guerrilla marketing sometimes lives up to its name, as when LED devices are mistaken for bombs in a major city—and all hell breaks loose. Priorities and agility become crucial factors.

The afternoon of Jan. 31, 2007, was a normal workday for me at Turner Broadcasting.

I was at my desk, with CNN on the TV, fielding emails and phone calls. I barely noticed that the newsroom was covering a bomb scare in Boston.

I was still giving this escalating panic only a fraction of my attention when I answered a call from the head of communications for Cartoon Network, another of our TV properties at Turner. He skipped the niceties: “That’s us.” I had no idea what he meant so he went on: “The bomb scare in Boston. We did that.”

This is the story of how we handled a crisis that tested every aspect of our planning and training—and one of the handfuls of things I’ve worked on in my career that has its own Wikipedia page.

It’s not every day that a group of cartoon characters sets off a citywide bomb sweep by law enforcement and a feeding frenzy for the world’s largest media outlets. But that’s exactly what my colleague explained we had done with an advertising campaign featuring the Mooninites from the television series Aqua Teen Hunger Force.

Boston public safety officials mistook—for explosive devices—battery-powered LED placards depicting those characters. They did look a little like something MacGyver would have to dismantle, and hundreds of them had been placed in large cities across the U.S. as part of a guerrilla marketing campaign. 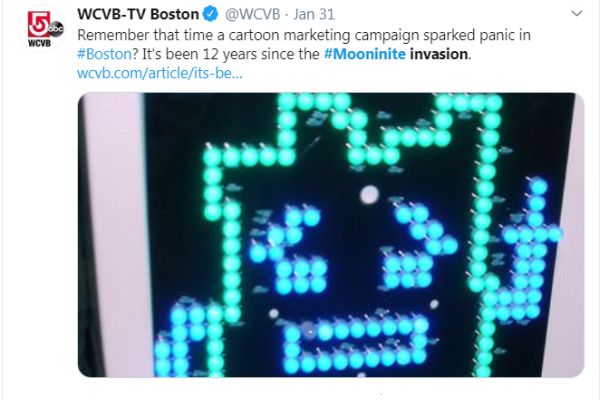 We had caused the wrong kind of viral sensation.

Shortly after hearing “That’s us,” our crisis team kicked into gear. I’m certain that cartoon fugitives have never been the scenario for a tabletop exercise. But we knew what to do to get things under control.

We immediately and publicly accepted responsibility for the stunt (it helps to have your own news network) and watched as the early press coverage was critical and negative. We didn’t have to point out, however, that it may have been an overreaction by city officials. The Boston Globe did that for us eventually.

It was a young staffer in the mayor’s office who recognized the cartoon figures and alerted everyone, causing most media outlets to point out the generational gap that may have been the source of the crisis.

In the hours and days that followed, I learned a bunch of lessons:

And when someone calls and says, “That’s us,” buckle up—it’s not going to be a normal day. 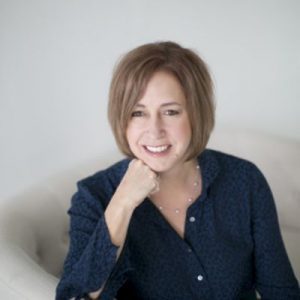 Shirley Powell is senior vice president of communications and industry relations at Cox Automotive, a subsidiary of family-owned Cox Enterprises. Based in Atlanta, Powell leads the day-to-day operations of the company’s communications organization, which includes internal and executive communications, industry relations, and reputation and crisis management. Powell is a trustee for the Institute for Public Relations and has served on the board of directors for several Atlanta-based nonprofits. Follow Shirley on Twitter: @ShirleyMPowell.