How We Did It: How We Aligned CSR With Our Unique Selling Proposition

I’m surprised that so many corporate social responsibility (CSR) programs have nothing whatsoever to do with the organization’s unique selling proposition (USP).

When I ask why, I often hear, “I inherited it and have far too many other fires to put out without having to worry whether our CSR is aligned with our go-to-market strategy.”

Failing to prioritize the link between CSR and USP is a lost opportunity. At Peppercomm, we take a different approach.

More than a decade ago, I incorporated stand-up and improvisational comedy in our training and development program. I did so after performing stand-up as a sort of bucket list item, thinking it would be a one-and-done. It wasn’t. The emcee that night pulled me aside and said: “You weren’t half bad. Would you like to perform at my show next Friday night?”

I started performing. I bombed more times than I care to remember. But over a two-year period of performing stand-up and improvisational comedy, I began to realize something very cool was happening in my real world of public relations.

I was becoming a better listener. I was able to fill those awkward gaps of silence that seem to occur in almost every new business or client meeting. And I became adept at engaging the client-side executive who was busy multitasking while I was presenting.

It dawned on me that the skills I’d honed as a stand-up comedian were immediately transferable to the business world.

Our USP
I struck a deal with my comedy coach, Clayton Fletcher. He began training our employees in stand-up and improvisational comedy. He also doubled as our chief comedy officer when we began offering comedy workshops to clients and prospects alike.

Comedy quickly became part of our DNA and reinforced our higher purpose: “We operate on a different wavelength that is driven by the time-tested tenets of comedy. Laughter opens our minds to think differently and produce breakthrough campaigns.”

Our CSR
Then we took it to the next level.

With a staff trained in the art and science of stand-up and improv, we contacted local charities asking if they’d like to have us host a comedy fundraising night.

It was an instant success. We not only had our own employees performing at top Manhattan comedy clubs, but more important, we raised tens of thousands of dollars for the charities in a single night.

Over the years we’ve held stand-up comedy fundraising events for the likes of the Leukemia & Lymphoma Society, the ASPCA and, most recently, Women in Need, a charity dedicated to “breaking the cycle of homelessness for women and their children.”

One of our employees told me: “I love the fact that Peppercomm celebrates the holidays every year by having a comedy charity fundraiser. Our team comes together to laugh, relax and give back to a worthy cause. There are few, if any, corporations or agencies that can say their annual holiday party includes comedy that raises money for great charities.”

Doing good by doing right is a beautiful thing. It becomes even more special when one’s CSR efforts align perfectly with the organization’s USP. 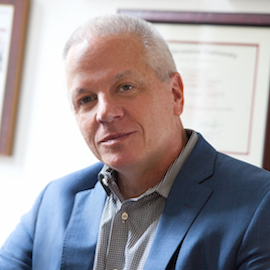 Steve Cody is founder and CEO of Peppercomm and is current chairman of the Institute for Public Relations. Follow him on Twitter @RepManCody.