“I Know It When I See It”: Utilizing Content Design in Communication

In 1964, the United States Supreme Court heard the case Jacobellis v. Ohio (378 U.S. 184, 1964) to determine whether a film should be deemed “obscene.” In a concurring opinion, Justice Potter Stewart attempted to explain his threshold for determining whether something is “obscene.” Potter wrote, “[I] shall not today attempt further to define the kinds of material I understand [to be pornographic] …but I know it when I see it.”

Justice Potter’s frustrated opinion dove headfirst into the American zeitgeist, and sixty years later, I know it when I see it is widely embraced in American culture as shorthand for when an individual knows something to be true but can’t quite explain what or how.

When contemplating the impact content design has on an organization, I find myself in the same frustrated headspace as Justice Potter. What makes the design of communication assets or entire employee experiences “good” or “bad?” Does it even matter?

A longstanding reality for communications professionals is that most employees are walking enigmas when it comes to content design. Though they probably have not spent much, if any, time learning or even contemplating how design impacts their work and organization, most can identify poorly designed content with alarming accuracy and speed. However, if asked to expand upon why, they probably don’t have the expertise, technical vocabulary, or interest to explain it.

Four years after Jacobellis v. Ohio, Melvin Conway wrote, “organizations that design systems are constrained to produce designs which are copies of the communications structures of these organizations.” Though this concept can be difficult to parse as written without deep thought, most people understand it intuitively. If employees receive content that they perceive as poorly done, there is a good chance this perception will cloud their experience with their organization. Even if things are just a “little off”, this may compound into bigger problems for the organization as a whole. During tough times – for example, a year-long virus-driven global shut down – employees are less likely to give the company the benefit of the doubt when it’s most needed.

My first job out of college was with a global consulting firm. Prior to billing a single hour, I and several thousand of my new colleagues shipped off to northern Illinois for deep-dish pizza and two weeks of immersive training. The training was a masterclass in content and experiential design. The company had a keen understanding that its audience was composed of hard-charging yet inexperienced professionals. Classes didn’t start too early, sessions were short enough to remain interesting, and feedback was solicited and integrated in real-time. Instructors were comfortable with the material and confident in their delivery. Content – though recycled from prior years – was customized via references to current events. It was apparent that extensive time was invested into making it relevant for me. I even received my first paycheck during training, which in context felt downright luxurious. These small things added up in a big way, and I left the training feeling bonded to the company. Months later, amidst constant travel and late nights, that went a long way.

At the time, if asked whether I was happy with the company, I would have replied “yes,” though I doubt I could have eloquently pinpointed why. But I knew it when I felt it.

The company understood that entry-level employees far removed from the ‘big picture’ will judge their employer based on their personal experience. By focusing on small details, leadership establishes a foundation for a positive long-term perception of the firm. This effective approach is applicable far beyond consulting firms. In particular, organizations that bring in large blocks of new employees who require extensive training, such as hospital systems, sales organizations, and financial services companies. Given the largely shared experience, it offers an often-rare opportunity to positively influence swathes of employees without much additional time and cost.

A decade later, I accepted a role with another large consulting firm and attended training at the same Midwest facility. The second experience was almost exactly the opposite of the first. Sessions took place on a compressed time schedule spanning 12-hour days. Training materials were sloppily assembled and peppered with incorrect dates and non-current references. Instructors acknowledged the shoddy material with statements like “obviously this part is boring but this probably won’t matter either way.” At the time, though these differences were apparent, I didn’t give it much attention beyond thinking “hey, compared to my old company, this is pretty lame.” But over the next few years, though my role was essentially the same, I never felt completely at ease with my employer. I was more guarded with time and effort, and less inclined to “trust” the employer when things became tight due to an economic downturn.

I believe the company’s apparent unwillingness to invest effort into building a positive initial impression for new employees had long-term ramifications for many of my colleagues and me. We were less inclined to bring in new clients and increase billings, which impacted the company’s bottom line. There was also high turnover, which added operational complexity and inefficiency.

I’m certain this experience was common and avoidable, likely the result of a communications team unable to convince leadership that the extra effort required to tailor content would result in a positive return. Additionally, though pervasive, this type of issue is less likely to come up during exit interviews, creating a perpetual loop of less-than-effective introductions for new employees.

Legendary German industrial designer Dieter Rams once prepared a list of ten principles of good design in an attempt to define what makes a design “good.” With items like “involves as little design as possible” and “good design is unobtrusive”, this list is simultaneously precise and puzzlingly ambiguous. Is a list like this helpful for designing communications?  Absolutely. Why is it helpful?  Let’s just say, you’ll know it when you read it. 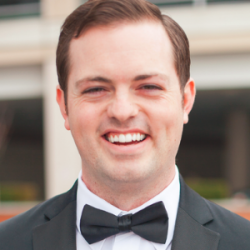 Stuart Cubbon, Jr. is a New Jersey-based Strategic Communications consultant and current Master’s Candidate at Columbia University in the City of New York.