Posted on July 15, 2019 by Julie O'Neil and Marianne Eisenmann

Most of us in public relations have heard the claim that publicity, or earned media, has greater credibility than a paid advertisement. Consider what the author (Wynne) of a 2014 Forbes article titled “The Real Difference between PR and Advertising” wrote:

“Advertising is paid media, public relations is earned media. This means you convince reporters or editors to write a positive story….It appears in the editorial section… rather than the ‘paid media’ section where advertising messages appear. So your story has more credibility because it was independently verified by a trusted third party, rather than purchased.”

Given today’s increasingly complex and changing ecosystem of media sources, my colleagues and I revisited the topic of source credibility. We expanded our analysis of media sources to include not only earned media and traditional advertising, but also blogs and native advertising, a form of owned media designed to resemble a publisher’s content in form and substance. We also used a different method compared to past quantitative research conducted by many public relations scholars about source credibility. In contrast to past experimental research that incorporated a sender orientation by exposing participants to only one source to test for cause and effect, our research reflected a receiver orientation by qualitatively examining how people process messaging and assess credibility.

We conducted five focus groups with participants of various age groups to explore how people assess the credibility of sources when thinking about a consumer purchase. We then analyzed the open-ended responses of 1,500 consumer panel participants, who viewed examples of an earned news story, a newspaper advertisement, a native advertisement, a blog written by an independent source and a blog penned by a company, and were asked to describe the credibility of these sources in their own words. Key findings included:

People believe that advertisements are a necessary component of the promotional mix to build awareness. People recognize that the information contained in an advertisement may be somewhat biased because the company paid for it, yet they temper that understanding with a critical review of the information and a desire to seek outside verification of the claims made. People recognize that companies will face legal consequences if they don’t tell the truth.

Public relations practitioners responsible for product promotion can use this research to inform their channel decisions. Because consumers actively consult multiple sources to reduce uncertainty about a produce purchase, public relations practitioners should continue to leverage and share messaging across the entire PESO—paid, earned, shared, owned—system. People are fairly sophisticated in understanding the strengths and weaknesses of various promotional channels, including assumptions about why and how companies and brands use paid and owned channels to inform and persuade. Public relations practitioners need not worry about minor negative consumer feedback provided in open spaces since people believe it actually enhances authenticity, and thus credibility, of the information. People’s suspicion of native advertising underscores the need for public relations practitioners and academics to uphold transparency and to review codes of ethics related to sponsored content. Finally, despite the growing prevalence and importance of social and digital media, the findings of this research affirm that traditional media (earned media) remain a crucial component of the media mix for promoting a product or service. Earned media is perceived as credible, it is cost effective and can be easily integrated with other channels in the promotional mix.

The full study can be accessed here. 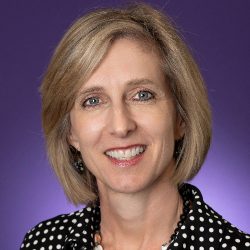 Julie O’Neil, Ph.D., is a professor in strategic communication and associate dean for the Bob Schieffer College of Communication at Texas Christian University. She is a member of the IPR Measurement Commission and serves as Associate Editor for the Public Relations Journal. She can be reached at j.oneil@tcu.edu. Follow her on Twitter @juliesoneil. 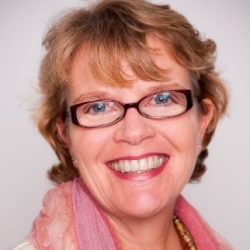 Marianne Eisenmann leads a team at Syneos Health helping companies incorporate knowledge, through research, into the communications process. Her team at Syneos Health delivers custom analysis and actionable insights to facilitate business success in a complex and rapidly changing environment. Follow her on Twitter at @Mariannee. 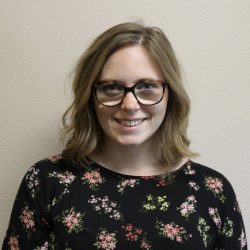 Wynne, (2014, July 8). The real difference between PR and advertising. Forbes. Retrieved from https://www.forbes.com/sites/robertwynne/2014/07/08/the-real-difference-between-pr-and-advertising-credibility/#48a220232bb9