Research Readout: Critical Race Theory has a Role to Play in Business Communications and PR

Research Readout is a monthly series by the Institute for Public Relations and Ragan’s PR Daily spotlighting new and important research that every PR professional should know.

Research from Dr. Nneka Logan, associate professor at Virginia Tech, offers a new theory on how the business community can take responsibility for its role in the discussion of race.

Before diving into Logan’s theory, we should further examine CRT. Originating in the legal field in the 1970s, CRT rapidly expanded to other disciplines, according to Richard Delgado, one of the theory’s founders, and his colleagues. CRT posits that racism is embedded throughout social systems, and those who have most benefited from these systems have little incentive for change. It goes on to argue that these structures need to be acknowledged and studied.

Author Ta-Nehisi Coates calls racism, “an American-centered social construct,” in that it has been created and perpetuated by people. Despite the controversy surrounding CRT, critical theories, such as CRT and CRR, are important because they promote reflection and positive change. As someone who taught communication theory at a university, I believe these critical theories are the “light bulb” theories that encourage students to think critically about what Plato called the “shadows on the wall.”

Logan’s CRR theory aims the spotlight on how the corporation has historically “perpetuated and profited from racial oppression.” She contends that race is connected to power and ideology, and it should not be treated as an object to be managed.

“Race is a central factor in our lives whether or not we recognize it,” she says. “As communicators, we should proactively think about the racial implications of our work. It is important to consider how our work can contribute to a fairer and more just world, and theories like CRR help us to do that.”

The CRR theory has three premises:
1.) Corporations have a responsibility to support racial justice by communicating in ways that improve race relations because…
2.) Corporations are organizational forms that have emerged through processes of racism and racialization.
3.) Corporations have directly and indirectly perpetuated—and benefited from—racial discrimination and oppression, which has contributed to racial strife and social instability.

Logan’s theory is based on the intersection and roles of the corporation, race, and corporate social responsibility, which she reviews in her article. First, her article dives into the role of the corporation and its importance to society in a historical and legal context. She describes how today’s corporation emerged as a “form of corporate personhood” born of “appropriated racialized discourse” from the Fourteenth Amendment.

Second, Logan says that with race, some companies have treated diversity and diversity management programs as add-ons without historical consideration, even though recently, more corporations are talking about race. Logan writes, “Diversity and inclusion programs often lacked formal enforcement and an explicit commitment to righting racial wrongs perpetuated by corporate organizations.”

The third area she covers is corporate social responsibility (CSR), which has a varied past in public relations and scholarship. CSR has existed since the formation of corporations but has played multiple roles over time. Law professor Eric C. Chaffee in his piece on the origins of CSR tracks its origin back to ancient Roman law when corporations, their moniker derived from the Latin term “corpus” meaning “body of the people,” focused on social programs born out of their purposes, such as hospitals, religious organizations, and orphanages.

While CSR has been studied somewhat but not extensively by communication and public relations scholars, CSR is a critical component to many organizations. How it is embedded or truly at the core purpose of an organization depends on the organization itself. Logan argues that CSR scholarship that “explicitly centers the needs of society in terms of racial justice is lacking.”

New theories are always exciting for our field; they are not founded on speculation, but rather built from a solid foundation of research, often influenced by other disciplines. In this case, Logan’s theory is multidisciplinary but also specific to public relations and communication. This is why CRR is critically important.

Logan outlines five communication principles that CRR communications must do:
1.) Draw attention to racism.
2.) Highlight the implications of racism and illuminate its complexities.
3.) Advocate for racial justice and racial equity.
4.) Express a desire to improve race relations to achieve a more equitable and harmonious society.
5.) Prioritize the needs of society over the economic needs of the corporation.

Logan contends that companies can be extremely successful and profitable while addressing these issues. “I’m not saying that making money is unimportant for corporations, because of course profit is vital,’ she says. “What I am saying is that corporations have the platform and the power to help create a healthier and more harmonious society by moving the needle on racial justice.”

While Logan avoids being overly prescriptive with her theory, she offers opportunities for organizations to think about their overall purpose connected to race and racial justice, and how that influences their actions. Her theory and her voice are both essential for organizations as they advance their diversity, equity, and inclusion efforts.

You can access Logan’s article, “A Theory of Corporate Responsibility to Race (CRR): Communication and Racial Justice,” here. It’s available for free for a limited time from the publisher, by special request of the editor, Bey-Ling Sha, Ph.D. 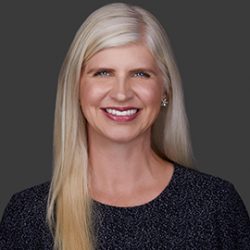 Tina McCorkindale, Ph.D., APR, is president and CEO of the Institute for Public Relations.