This blog is based on the original journal article in the Public Relations Journal.

The concept of American democracy has conventionally been structured around voters receiving political information from government institutions, political parties, and news media sources. Today, corporations play a major role in a democratic society by taking public stances on controversial social-political issues, otherwise termed corporate social advocacy or CSA (Dodd, 2018; Dodd & Supa, 2014, 2015; Palazzo & Scherer, 2006). Companies are now considered central political actors that are reshaping the democratic system in ways they have never done before (Gower, 2006; Palazzo & Scherer, 2006). Today, companies face pressure from stakeholders to exercise their corporate power to encourage social and political change. Often, in response to stakeholder pressure exercised through social media and boycotting/buycotting behaviors, companies take public stances on divisive issues aimed at influencing policy changes. However, research has not addressed the potential reciprocal impact that corporate issues engagement has on the stakeholders themselves, and the resulting societal-level impacts.

This study investigated voters’ awareness, attitudes, and behaviors in the context of CSA. Voters in a major southeastern city were polled using an intercept survey method during the 2018 Midterm Election. Prompted with controversial corporate issues engagement, results indicated that some voters were more aware of issues, attitudes toward issues had changed, and voting behaviors were also impacted. For example, findings revealed that there was an increase in voters’ issues awareness and that nearly one-third (28%) of polled voters’ attitudes toward those issues were changed after hearing about a company’s stance. Likewise, voting behaviors were also impacted, where 32% of participants felt that they were more likely to come out to vote because of corporate issues engagement and 23% felt that their voting behaviors were influenced in some way by CSA. The argument can be made that corporations are acting as social agents in voters’ political environments by taking stances on social-political issues that become prominent in the public’s eye. Similar to previous research, findings indicated that the majority of participants believed companies should take stances on social-political issues (76%). However, perceptions of authenticity toward whether corporations authentically care about the issues that they take stances on were split. In other words, voters believe that corporations should engage in CSA, but are skeptical about their authenticity toward the issues.

Findings indicate that corporate issues stances are now occupying sources and channels that may enter a voter’s political information environment, potentially influencing their awareness and attitudes toward issues and voting behaviors. This research provides a basis for future studies on the impact of CSA on issues awareness, attitudes, and behaviors as more than corporate-centric outcomes; rather, the impact of CSA on societal-level outcomes is highlighted by this research. Practical implications emphasize the importance of authentic, long-term corporate commitments which address some of the most important issues facing society today. 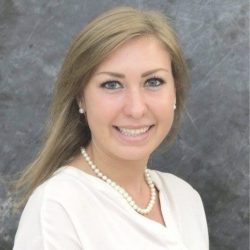 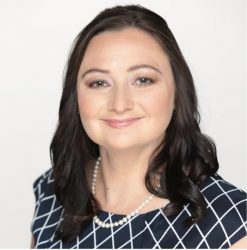